Roger Griffin | the nature of fascism
Is Putin a fascist? | Is Russia fascist?
What is "fascist" and "fascism"?
Post Link
Putin Putin and History Putin and Putinism
Read the whole story

Kaliningrad, Russian Outpost, Is Again a Flash Point in East ...

Russian Kaliningrad Is a Microcosm of Europe's Woes - The ...

Kaliningrad Could Be a Flashpoint in EU-Russia Relationship

The most dangerous place on earth - POLITICO

Why is Kaliningrad at the centre of a row between Russia and ...

Why Kaliningrad port is so crucial for Russia's Ukraine offensive

Between Russia and the EU, Kaliningrad is isolated by Putin's ...

Russia tells Lithuania: Your citizens will feel the pain over ...

Russian Kaliningrad Is a Microcosm of Europe’s Woes - The Washington Post
Wednesday June 22nd, 2022 at 10:43 AM

Has the FBI become a threat to democracy? - via washingtonexaminer.com. My answer: Yes, most definitely it did. FBI=KGB! Reform the FBI! Fire the nincompoops!
Wednesday June 22nd, 2022 at 7:11 AM 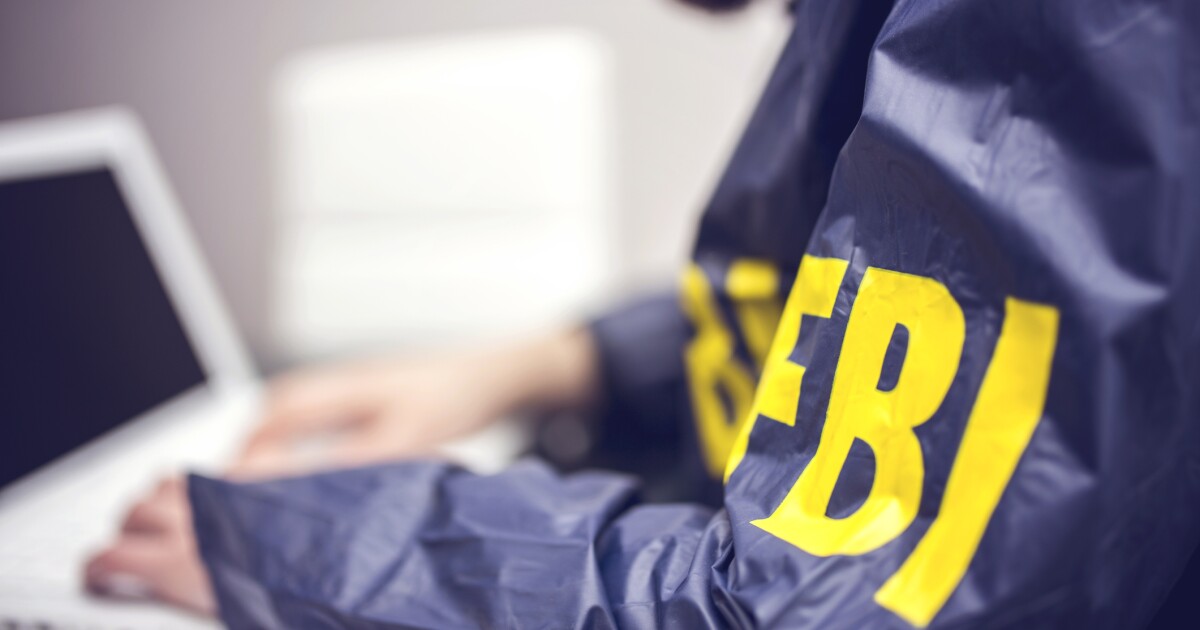 When explaining the FBI in the past, I and others would often stress how blessed the United States was to have as our domestic security service a law enforcement agency, an organization that works within the guidelines of the law, to protect our democracy.

Doubts about this blessed situation first surfaced after the 2016 election with the exposure of the FBI role in the orchestrated Russian collusion hoax. The current FBI director’s response, repeated like the reggae tune “Don’t Worry, Be Happy,” is simply, “Those responsible are no longer with us.” Developments are multiplying that call into question that happy assumption.

The federal case concerning an alleged plot to kidnap Gov. Gretchen Whitmer of Michigan ended with zero convictions. The defense of entrapment was discussed for the first time in years with credibility. In the aftermath of the bureau’s famous ABSCAM cases of the early '80s, guidelines were put in place and strictly followed that eliminated entrapment as a viable defense. Basically, there is no entrapment if the government can show the defendant was predisposed toward the crime. Agents were cautioned and trained not to entice someone, who was “not otherwise disposed,” into committing a crime. Disclosures in the Michigan case likely convinced jurors that informants and undercover agents helped shape the conspiracy.

In the government-recorded conversations in that case, many passages show the Michigan defendants expressing unease with the idea of kidnapping and confusion about what was planned. One agent, in a text to his informant, just before he led a surveillance of the governor’s residence, is quoted: “Mission is to kill the governor specifically.” In the aftermath of ABSCAM, we believed entrapment had become a nonissue. Maybe not.

Only four defendants went to trial in the kidnapping plot. But there were as many as 12 FBI informants and two undercover agents among the plotters. Reminds me of the joke, or the criticism in some quarters, about the FBI and the Communist Party during the 1950s and '60s. The bureau had so many informants in the party, they were most of the members at the party meetings. The not-so-funny joke was that only the dues of the government-paid informants kept the party going.

What is also not so funny is the alleged kidnapping plot was weaponized by Democrats in the 2020 presidential election. Nor is it funny in our democracy that a couple of ultimately acquitted defendants endured 18 months of imprisonment.

Earlier, in November 2021, the FBI in New York conducted pre-dawn raids at the homes of Project Veritas journalists. This was part of an investigation into the “possible theft” of a diary, belonging to President Joe Biden’s daughter. Why use an intrusive search for a mere diary, particularly if Project Veritas had, as claimed, tried to return the diary to law enforcement and Biden's lawyers. Even left-wing media groups have expressed concern about the violation of a media organization’s First Amendment rights. If the diary belonged to anyone else’s daughter, it is hard to imagine the FBI involved at all. Certainly it is a waste of resources. But to violate a journalist's rights in the process is a threat to democracy.

On March 11, a redacted internal audit from 2019 became public that showed FBI investigations failed to comply with the Domestic Investigations and Operations Guide at least 747 times in “sensitive investigative matter” cases. These involve politicians, candidates, religious groups, or the news media. The review identified over two “compliance errors” per case. Errors included failure to get approval for opening a case, failure to document a legal review before opening a case, and failure to keep prosecutors informed. The subjects of the cases are those that brush right up against specific constitutional rights.

Rather than being blessed to have a law enforcement agency as its domestic security agency, is the United States now cursed to have a domestic intelligence organization with police powers? Has a once-great agency now become a threat to our democracy?

Thomas J. Baker, a former FBI agent, is the author of The Fall of the FBI being released later this year by Bombardier Books. 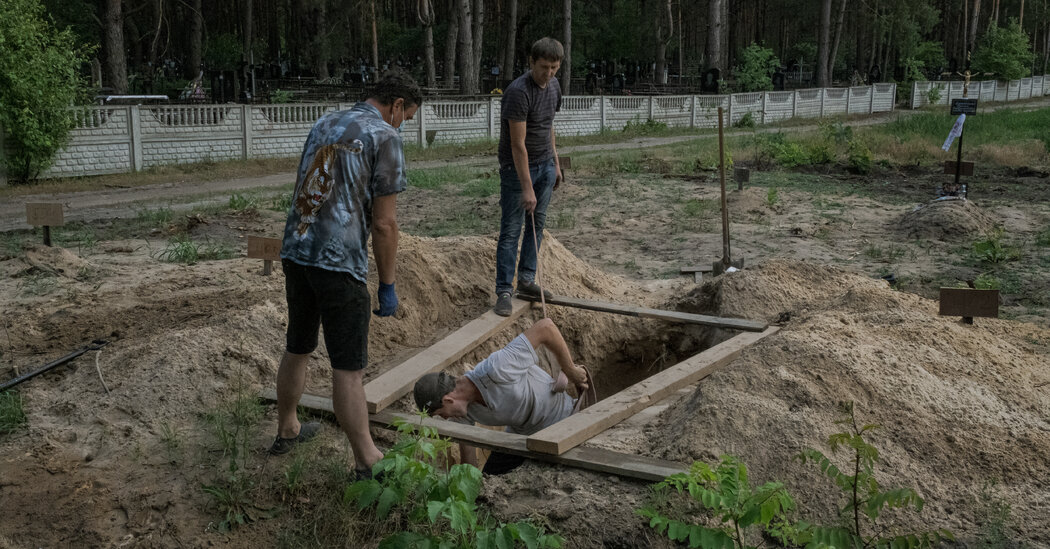 Ukraine urges civilians to flee the occupied south ahead of a promised counteroffensive.

by ALEC SCHEMMEL | The National Desk 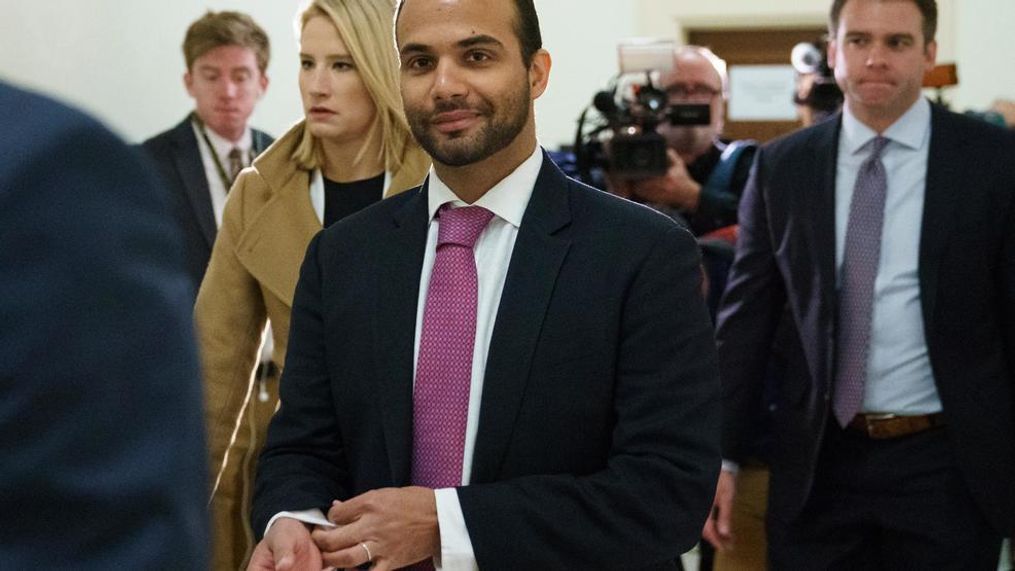 WASHINGTON (TND) — An FBI agent who was a lead investigator on the now-debunked Trump-Russia collusion accusations is under agency review for potentially withholding exculpatory evidence from the Foreign Intelligence Surveillance (FISA) court.

Curtis Heide worked at the FBI’s Chicago field office in 2016 when the agency investigated the debunked claims. He spent time working on the Crossfire Hurricane investigation at the time, specifically related to Trump campaign aide George Papadopoulos who had been accused of seeking dirt from Russian operatives on then-candidate Hillary Clinton.

Heide admitted Tuesday, during testimony in the ongoing case against former Clinton campaign lawyer Michael Sussmann, that actions taken by himself and others related to the Crossfire Hurricane investigation are under review by the FBI, according to The Washington Examiner.

The allegation against Heide is related to the evidence brought forward to the FISA court in an application requesting it take up the Crossfire Hurricane case, and whether the application left out information critical to the FISA court’s determination on whether or not to take the case, the Examiner reported.

When asked under oath if he knowingly withheld the exculpatory information, Heide responded he had not, according to The Examiner.

Justice Department Inspector General Michael Horowitz, who investigated the probes into the Trump-Russia collusion allegations, concluded that investigators omitted Papadopoulos “denying that the Trump campaign was involved in the circumstances of the DNC email hack” in multiple FISA court applications, reported The Examiner.

When asked by Sussmann defense attorney Sean Berkowitz if Heide felt the allegations against him were serious, Heide reportedly responded, "that’s an allegation that is still pending.”

In subsequent questioning, Berkowitz reportedly got Heide to acknowledge the seriousness of the allegation, but he still maintained he had not knowingly withheld exculpatory information from the FISA court.

“The FISA court was lied to. Exculpatory information was withheld on those being investigated,” said Sen. Lindsey Graham, R-S.C. “The investigators, with some notable exceptions, were incredibly biased and used the powers of law enforcement for political purposes. The subjects of the investigation had their lives turned upside down. It is my hope that counterintelligence investigations will be reined in and this never happens again in America.”

Papadopoulos pled guilty in 2017 to making false statements to the FBI about his communications with Joseph Mifsud, who Papadopoulos claimed told him the Russians had damaging information on then-candidate Clinton. He was pardoned by Trump in December 2020.

"Attorney General Merrick Garland is making an unannounced visit to Ukraine today, where he will meet with Ukrainian Prosecutor General Iryna Venediktova to discuss U.S. and international efforts to help Ukraine identify, apprehend, and prosecute those individuals involved in war crimes and other atrocities in Ukraine," the official said.

The International Criminal Court (ICC) opened its largest investigation ever into alleged war crimes in late May.

RUSSIAN SOLDIER ON TRIAL FOR WAR CRIMES BEGS FOR ‘FORGIVENESS’

The ICC is working in a Join Investigation Team alongside Ukrainian, Polish and Lithuanian prosecutors. The European Union’s legal branch, Eurojust, is also participating in the effort.

The HRC held a special session to address Ukraine's allegations that Russian troops had committed atrocities against civilians during their withdrawal from areas surrounding Kyiv. The HRC voted 33-2 in favor of opening the inquiry, with 12 abstentions. China and Eritrea were the only nations to vote against the measure.

War crime allegations arose after the Russian withdrawal from around Kyiv revealed that Bucha, a town in the area, saw Russian troops kill as many as 400 citizens and force others to dig mass graves.

The U.S., U.K. and other NATO allies have denounced Russian President Vladimir Putin as a war criminal. President Joe Biden called for Putin to face a war crime trial in early April.

"This guy is brutal. What is happening in Bucha is outrageous and everyone has seen it – I think it is a war crime," Biden said at the time, adding that the U.S. needs to "get all the detail, so this can be an actual war crime trial."